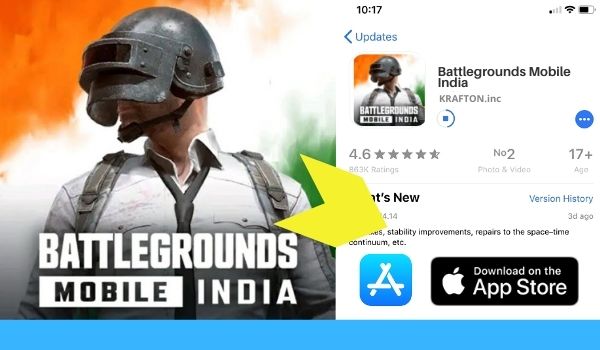 After great anticipation, Battlegrounds Mobile India was just released in India as the Indian version of the now-banned PUBG Mobile battle royale game. However, it was only accessible for Android users, which upset iOS users. This may not last long, since an iOS version is scheduled to be released soon. The game’s iOS version will be released shortly in India, according to Krafton, who announced it during the just ended BGMI Freedom Face-Off Event.

On the Google Play Store, BGMI recently passed the “50 million downloads” barrier. The firm has offered unique prizes for users on this occasion. In the first week of its Android app’s release, the game received over 30 million downloads.

The iOS app is scheduled to arrive in the third week of this month by 18 August 2021.

This isn’t the first time that the iOS app’s debut has been hinted at. The social media channels of BGMI have recently issued a series of teasers, implying that an iOS app is in the works.

The Android app for Battlegrounds Mobile India was released in July. The software was first made available as a test version in June.

Battlegrounds Mobile India was released to replace PUBG Mobile, which was banned in India last year. The battle royale game is comparable to PUBG Mobile in that it features identical maps, gaming modes, inventories, and other features. It does, however, come with improved user security and privacy, as well as a few other modifications.

In related developments, BGMI is holding an Independence Day Mahotsav, which began on August 11 and will finish on August 20. People will be able to earn prizes and a unique AGM skin as a result of this.