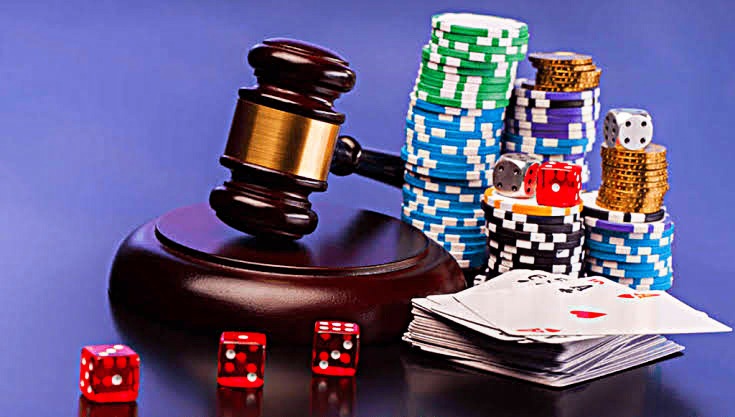 Many of our regular activities are becoming increasingly online as a result of the Internet. Banking, schooling, supermarket shopping, and office work (particularly in the context of work-from-home) are a few examples. Gaming has made the transition to the internet as well.

Gaming on the internet is becoming more popular. According to a Deloitte India report, the online gaming market would increase at a CAGR of 40% from $1.1 billion in 2019 to $2.8 billion in 2022. Over 70,000 highly trained technologists, designers, and product development resources work in the business, with many more indirectly reliant on it. With a 13 percent share of worldwide game sessions, India is one of the top five markets for mobile gaming in the globe. This year alone, it is expected to add 40 million new online gamers.

Apparently, a notion has developed that online skill games is mistaken for gambling at times. As a result, a few states have passed legislation prohibiting the play of online skill games such as chess, carrom, fantasy, poker, rummy, and other similar games. The High Courts of Tamil Nadu and Kerala recently reversed these bans, stating that skill games are legal, can be played for money, and are protected under section 19 of the Constitution.

A total of 200 million people play online skill games, with 60-80 million of them playing rummy. In India, the industry generates approximately Rs 1,500 crores in GST each year and has the potential to produce more than Rs 10,000 crores by 2025. The business’s strong expansion is predicted to benefit the whole media and entertainment industry by 4% to 5%.

Due to this potential for growth, numerous major investors, including Sequoia Capital and Tiger Global, have invested in India’s gaming business, resulting in unicorns such as Dream 11, MPL, and PlayGames24x7.

To make all of this a reality, however, the industry’s perspective and uncertainty must be addressed. To that end, I believe that an uniform gaming regulation is required that addresses the concerns of all stakeholders. The player experience must be secure, equitable, and conducive to responsible gaming. The government must be in a position to ensure that operators follow the law of the country and that no fly-by-night operators operate, so that the industry can prosper and grow in a long-term manner.

On the basis of the preponderance of the players’ talent in the final outcome of the game, the Supreme Court of India attempts to distinguish between games of skill (fantasy, rummy, carrom, chess, poker, and so on) and games of chance (teen patti, flush, dice, and so on). Due to the fact that gaming is a state matter, each state has the option of allowing solely skill games or both skill and chance games. However, it is apparent that Games of Skill are legal and protected under the constitution, as evidenced by numerous favourable judgments in both the High Courts and the Supreme Court.

Gaming is a well-regulated industry on a global scale. Many countries, including the United Kingdom, the United States, and the European Union, have laws in place to guarantee that gamers can responsibly enjoy this sort of entertainment. Given the magnitude of the Indian gaming sector and its future potential, we feel that establishing clear and severe regulations is the best and only path forward. Regulations would protect players, prevent unscrupulous operators from exploiting them, give much-needed money to the government, create jobs, and propel India to the forefront of this industry. Regulations would allow the government to impose requirements on operators such as mandatory KYC, SSL level encryption, RNG certification, responsible gaming features such as daily and monthly limits, self-exclusion, and restrictions on the type of advertisements that can be displayed, among other things.

Due to the complexity, a central council with stakeholders from all key departments (IT, IB, Sports, Home, Finance), a few states, and representatives from industry and consumer organisations might be appropriate. The committee can then make recommendations for future regulations that will lead to stability and growth.